Manufacturing is getting more developed and industrial robots are getting smarter

In the Asian market, especially the electronics manufacturing industry, the demand for industrial robots continues to grow; it is expected that in the next few years, technological advances will make these robots more capable ...

Robots that help us suck the floor, act as a tour guide in public places, or remove bombs may feel more interesting, but those robots that are responsible for assembling cars and producing online help to pick up items in factories are much more valuable overall, There are also more and more industrial / commercial or consumer applications products made by such robots.

Some recently published research reports on the trend of industrial robots point out that the demand for industrial robots is growing in the Asian market, especially in the electronics manufacturing industry; and it is expected that in the next few years, technological progress will make these robots more capable. For example, the 2017 International Robotics Market Report released by the International Federation of Robotics (IFR) in Germany indicates that the average annual growth rate of industrial robot unit sales from 2011 to 2016 was 12%, and in 2016 it was higher than 2015. Up 16%.

The IFR report also pointed out that looking only at the overall sales volume of industrial robot units in a specific market and ignoring the manufacturing scale of each regional market / country is likely to be misleading; in order to provide more accurate analysis, the agency also counts The density of industrial robots per 10,000 employees in manufacturing-the global average for this number in 2016 was 74.

In terms of regional markets, the density of industrial robots in Europe is the highest, reaching 99, followed by 84 in the Americas and 63 in Asia. Looking at the country, South Korea has the highest density of robots, reaching 631, followed by Singapore's 488, Germany's 309, Japan's 303, the United States' 189 and China's 68. (Editor's note: Taiwan's robot density is 177)

Considering the total amount of robot procurement in China, its robot density seems to be on the low side. This number has grown significantly compared to 25 in 2013; however, China still has a long way to go to achieve the advanced manufacturing target of "Made in China 2025" Have to work hard. As for South Korea's global industrial robot density champion, it is because the country's large-scale deployment of industrial robots in electrical / electronic manufacturing such as LCD, memory and automotive.

Between 2018 and 2020, the number of industrial robots in operation worldwide is expected to grow by an average of 15% per year. The US market has vigorously promoted production automation since 2010. The main goal is to strengthen the competitiveness of the American industry and return manufacturing to the United States; this trend is particularly evident in the automotive manufacturing sector. Most industrial robots used in the US manufacturing industry are imported from Japan, South Korea and Europe.

Analysts at market research firm IDC pointed out that several technologies will bring new capabilities to industrial robots in the next few years, and even spawn other types of robots. It is estimated that by 2020, 45% of newly installed robots will have at least one intelligent function, such as predictive analysis, system health awareness, self-diagnosis, peer-learning, or autonomous cognition, etc. Wait.

Santagate said: "Those are not new technologies. Instead, additional technologies--such as machine learning, intelligent functions, industrial IoT link functions, and predictable maintenance functions due to link capabilities--are being introduced. Some robots; "Another IDC forecast is that by 2021, intelligent robotics agents will oversee industrial robots and increase their overall efficiency by 30%.

Although automobile manufacturing is still the largest application area of industrial robots, analysts expect that the market growth will slow down and CAGR will drop to about 4.9% from 2013 to 2020; the reason is that the global automotive industry has performed poorly in the past few years. The demand for robots in the food / beverage manufacturing sector is growing rapidly. It is estimated that the CAGR of the application market during the same period can reach 6.9%. 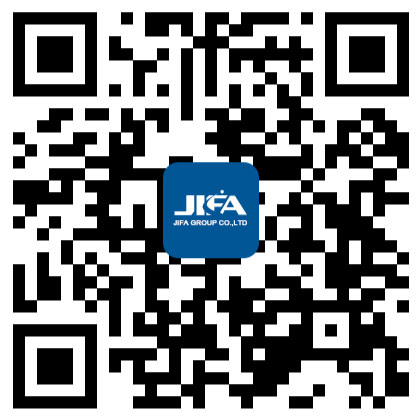